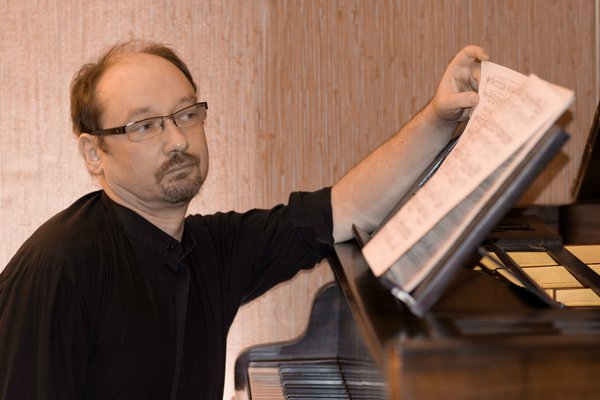 Wojciech Świtała is a graduate from the class of Józef Stompel at Katowice Academy of Music. In the years 1991–1996, he honed his pianistic skills with Karl-Heinz Kämmerling, Andre Dumortier and Jean-Claude Vanden Eynden.

He is a prize-winner of international piano competitions in Paris (the Long-Thibaud) and Montreal. He was the best Polish participant in the 12th International Fryderyk Chopin Piano Competition in Warsaw, when he received the prize for the best performance of a polonaise and a number of hors concours prizes. He has performed as a soloist and chamber musician in most countries of Europe and in countries of both Americas. He has appeared in concert with most Polish symphony orchestras, the Silesian, Camerata and Royal string quartets and the Aukso Orchestra, as well as the violinists Szymon Krzeszowiec and Piotr Pławner and the soprano Ewa Iżykowska.

He has recorded up to twenty discs for Polskie Nagrania, Bearton, DUX, Sony Music Polska and IMC, with music by Brahms, Liszt, Schumann, Debussy, Chopin, Szymanowski and Zarębski. In 2000 and 2005, his discs twice won the Grand Prix du Disque Frédéric Chopin, and in 2002 and 2009 he won a ‘Fryderyk’ award from the Polish music industry.

Since 1998, he has also pursued pedagogic work. From 2008 to 2012, he was deputy vice-chancellor for learning and didactics at the Karol Szymanowski Academy of Music in Katowice, where he has been head of the Piano Department since 2012. He has been a juror of the Long-Thibaud (Paris) and Paderewski (Bydgoszcz) international competitions, the Polish Chopin Competition in Warsaw and many others.

In 2014, he was appointed to the Programme Committee of the Fryderyk Chopin Institute. His recordings for the Institute include Chopin’s Preludes on period instrument, which received the highest mark from BBC Classic, and the Ballades in the ‘white series’.