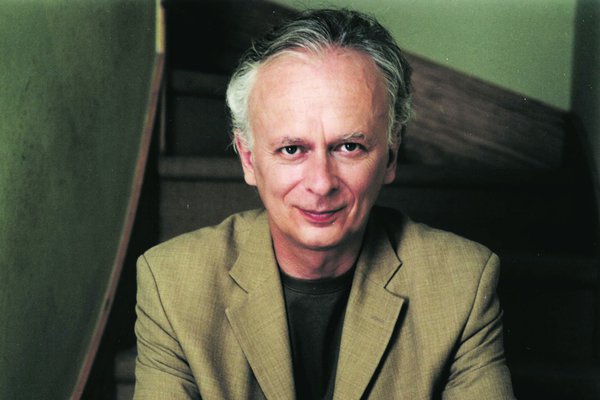 Janusz Olejniczak is one of the most outstanding contemporary Chopin interpreters. Born in Wrocław, he was the youngest prize-winner of the 8th International Fryderyk Chopin Piano Competition (1970) and also won a prize in the Alfredo Casella International Competition in Naples.

He has performed in Europe, North and South America, Asia and Australia, in the most famous concert halls, such as the Berlin Philharmonic, Teatro Colón in Buenos Aires, Salle Pleyel in Paris, Suntory Hall in Tokyo, Lincoln Center in Washington, Tonhalle in Düsseldorf and Concertgebouw in Amsterdam. He has been a juror of piano competitions many times and given masterclasses abroad – in Europe, Canada, Japan and Columbia.

Besides the core Classical repertoire, he also performs Polish contemporary music (incl. works by Witold Lutosławski, Henryk Mikołaj Górecki and Wojciech Kilar) and enjoys performing in chamber music. He has played with orchestra under the direction of Witold Rowicki, Andrzej Markowski, Kazimierz Kord, Antoni Wit, Jerzy Maksymiuk, Wojciech Michniewski, Tadeusz Strugała, Charles Dutoit, Andrzej Borejko, Grzegorz Nowak, Jacek Kaspszyk and others. For many years, he has also worked with Marek Moś and the Aukso Orchestra. He was one of the first performers of Chopin’s music on period instruments (Erard and Pleyel). He is a regular guest of the festival ‘Chopin and his Europe’ in Warsaw, including appearances alongside Martha Argerich and Maria João Pires. He has also appeared many times with Frans Brüggen’s Orchestra of the Eighteenth Century and the Orchestre des Champs-Elysées and Philippe Herreweghe.

He has recorded over forty discs for such labels as Polskie Nagrania, Tonpress, Muza, Wifon, Opus 111, Camerata, Sony Classical, Selene, CD Accord and Bearton.

His interpretations have won him eight ‘Fryderyk’ awards from the Polish record industry, and for his lifetime achievements he has been decorated with the Officer’s Cross of the Rebirth of Poland (2000) and the ‘Gloria Artis’ Gold Medal (2005).

He has also recorded the soundtracks to two famous films: Roman Polanski’s The Pianist and Andrzej Żuławski’s La Note bleue, appearing in the latter in the role of Fryderyk Chopin.

From October 2015, Janusz Olejniczak will be working with the Fryderyk Chopin University of Music in Warsaw.