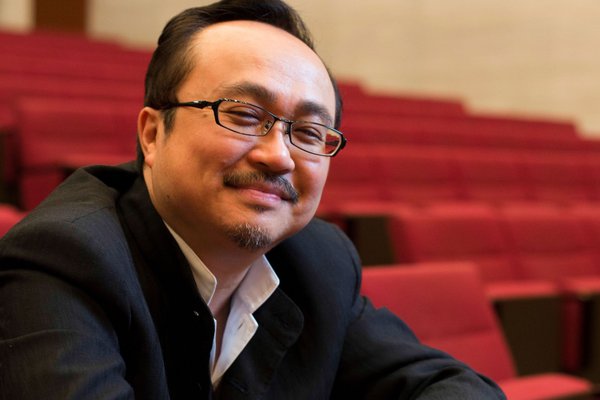 Dang Thai Son, one of the foremost musicians of our times, the Vietnamese pianist Dang Thai Son became the first Asian to win First Prize in the International Fryderyk Chopin Piano Competition in Warsaw (1980). He studied first with his mother in Vietnam, then with Vladimir Natanson and Dmitry Bashkirov at the Pyotr Tchaikovsky Conservatory in Moscow.

He has performed with the most outstanding orchestras and conductors in prestigious halls around the world. He has taken part in historic artistic events, including a grand concert organised by the Japanese television broadcaster NHK, together with Kathleen Battle, Yo-Yo Ma, Seiji Ozawa and Mstislav Rostropovich (1995), Isaac Stern’s last festival in Miyazaki, Japan (2001), and a grand gala concert marking the bicentenary of Chopin’s birth, in Warsaw (2010). He has performed many times in the ‘Chopin and his Europe’ festival organised by the Fryderyk Chopin Institute (2005, 2006, 2008, 2010 and 2014). In 2015, he performed Ignacy Jan Paderewski’s Piano Concerto at the festival with the Philharmonia Orchestra and Vladimir Ashkenazy.

He currently teaches at the Université de Montreal as a guest professor. He has been a juror of many prestigious competitions, including the Clara Haskil (Switzerland), Rachmaninov and Richter (Russia), Chopin (Poland) and Arthur Rubinstein (Tel Aviv).

He has made many recordings for such labels as Deutsche Grammophon, CBS Sony and Victor JVC. His disc of Chopin’s concertos recorded with the Orchestra of the Eighteenth Century and Frans Brüggen for the Fryderyk Chopin Institute’s label has been awarded a platinum disc in Poland.

Richter, The Enigma (I)